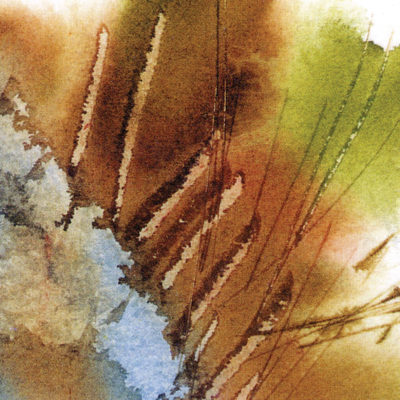 “‘III’ is as immediate as a truck with failed brakes crashing through your living room wall. The third and final installment of a trilogy entitled Ceremony, its opening moments rage and wail, with distorted guitars pulling out in front of the drums like hellhounds that have slipped their master’s leesh. But this isn’t a mono-dimensional freak-out. Smith paces himself, pulling back into brooding drones and pensive picking before lashing out once more. As befits a journey that’s taken three discs to unfold, it ends with a grand gesture; the final melody is as epic as Roy Montgomery’s mid-’90s work, and it unfurls over a landscape of blasted wah-wah licks and feeback that somehow reconcile The Stooges and Popul Vuh.” – Bill Meyer, Signal to Noise

At times recalling Neil Young’s score for Jarmusch’s Dead Man, III is Steven R. Smith’s masterstroke. Not only does this work tie together the Ulaan Khol releases into a cohesive whole, it also stands alone as a groundbreaking, breathtaking amalgam of heavy Komische & basement psychedelic freak-outs.